TAP: Tunisie-Afrique-Presse was presented an article on the inauguration of VERNICOLOR in Tunisia. 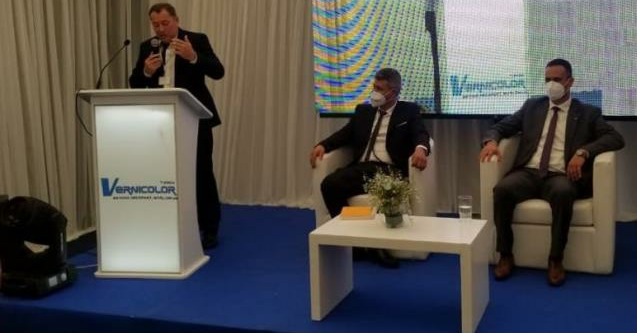 The French group «Vernicolor», leader in the manufacture of plastic parts for interior decoration, painted or chrome, for car manufacturers, has just launched a new production site, at the Industrial Park of El Fejja in Manouba (Greater Tunis).This new production unit, carried out for an investment of 9.5 million euros (30.4 million dinars), was inaugurated by the French Group’s CEO, François Champier, in the presence of several customers, suppliers and employees of the Group as well as representatives of the Tunisian Government and administration, said

l External Investment Promotion Agency "FIPA-Tunisia".
The plant, which covers 2 hectares, of which 10 thousand m2 are covered, currently employs 350 people and will generate up to 800 jobs in the medium term .

The Vernicolor group has been present in Tunisia since 2008. It specializes in the development, production and assembly of painted plastic sub-assemblies and also has expertise in all types of decoration, such as pad printing, hot stamping, laser scratching ...

According to the Tunisian Automotive Association (TAA), "Vernicolor Tunisia" is now experiencing strong growth and a favourable outlook for long-term growth.